This article will help you better understand the role of Testosterone and DHT while working out.

Do bodybuilding, fitness and working out in general influence your hair loss in any way?

The main factor influencing your hair loss whether you´re  doing fitness or bodybuilding or HIIT, sprints, athletics, is your susceptibility to MPHL (male pattern hair loss) is your hair follicles sensitivity to androgens (mainly DHT and Testosterone).

There is nothing which can influence the progression of your hair loss faster than the degree of your hair follicle sensitivity to DHT.

Your genetics decide whether your hair follicles get inflamed by the DHT or not.

This results in the shortening of the anagen phase and simultaneous prolongation of the telogen phase, combined with hair follicle miniaturization.

Before DHT interacts with the androgen receptor of your hair follicles, there are the isoenzymes: type I. and type II. 5-alpha-reductase which convert your free Testosterone into DHT.

These isoenzymes responsible for DHT exist in every human body.

The bad thing is that the local activity of 5 – alpha – reductase isoenzymes in the hair follicle is way to high.

Enhanced activity of predominantly type II. 5 AR in the hair follicles causes its progressive miniaturization and dysregulation of a proper hair growth cycle.

These drugs work as 5 AR inhibitors and this let less DHT to be converted from Testosterone. 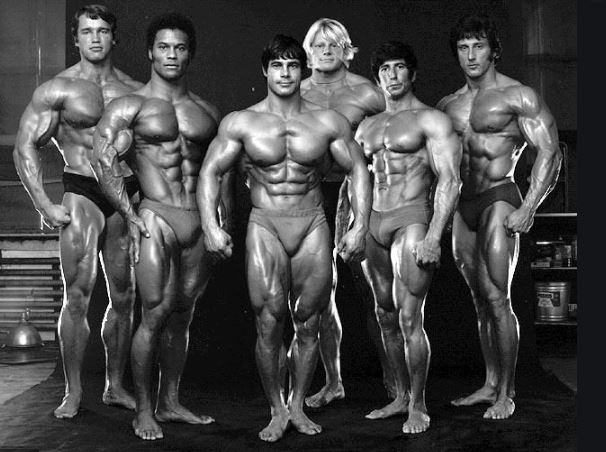 Bodybuilders from the 70´s and 80´s are a great proof of having good “hair genetics”. These guys really pushed working out to another level.

Many of them also used anabolic steroids like Dianabol, exogenous Testosterone, Growth Hormone and many other anabolic substances boosting their protein synthesis, speeding up their recovery, increasing appetite and thus being able to train harder, recover faster and build more muscle.

Anabolic Steroids = Faster Hair Loss Porgression by the susceptible ones

Using anabolic steroids increases the amount of androgens in your system.

It depends on how androgenic these anabolic steroids are. For example Testosterone (androgen produced naturally in your body) has an androgen index of 100.

The less androgenic the steroid is, the less likely it is to cause any undesirable side effects like hair loss, acne, sleeping difficulty, increased body hair growth etc.

Anabolic vs Androgenic rati... by vetmode on Scribd

Below you can see a very simple and trivial proof of  why Bodybuilding, Fitness or any heavy Weightlifting can´t cause your hair loss.

It can only speed it up by predisposed individuals who are also using highly androgenic types of anabolic steroids. 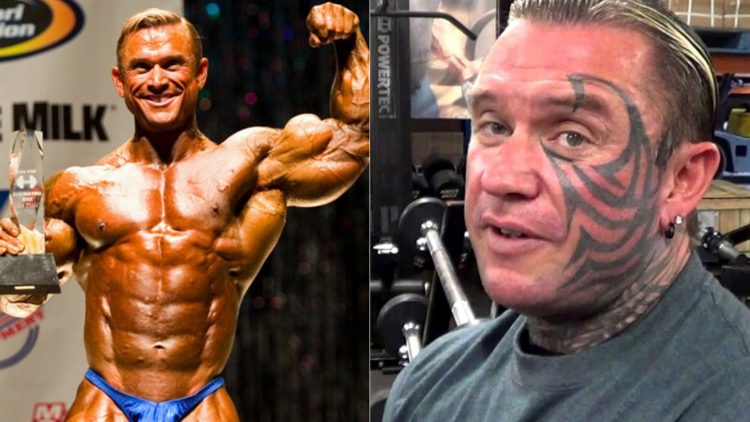 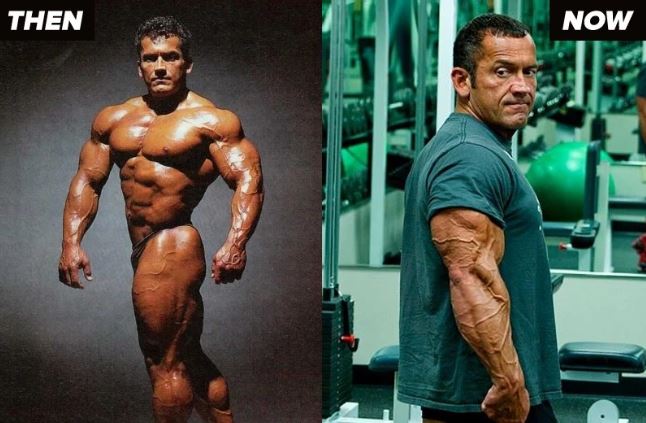 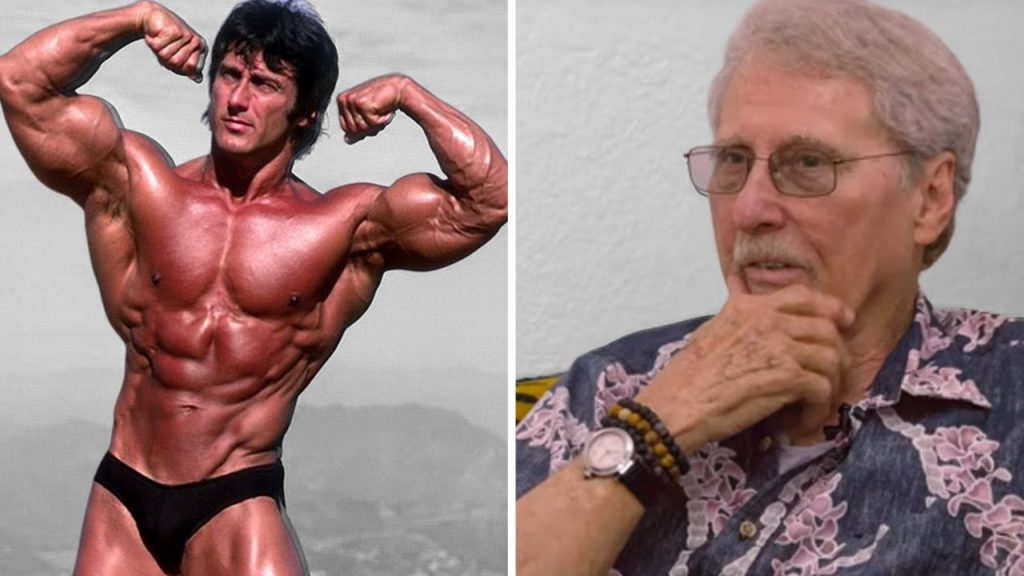 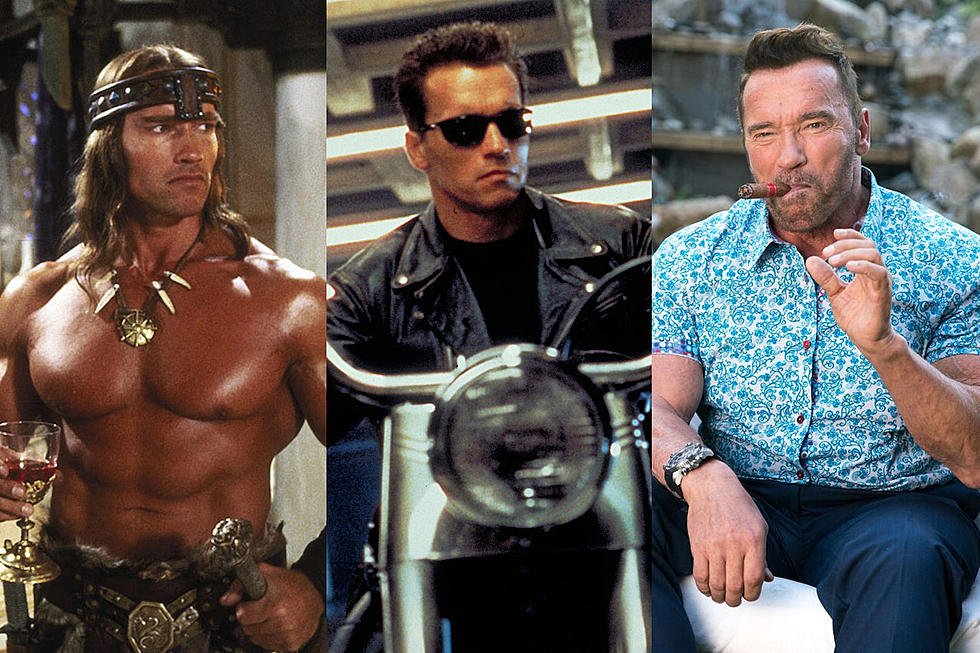 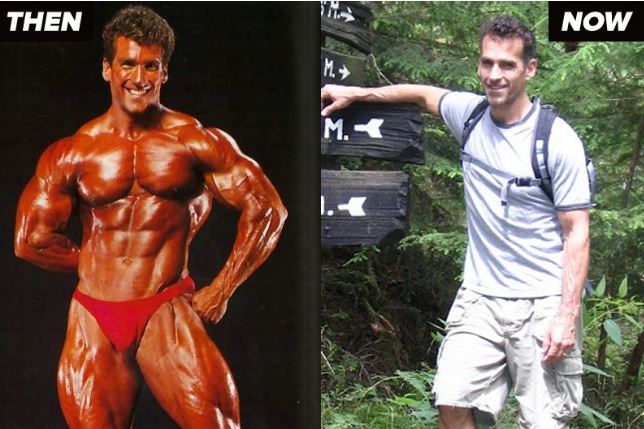 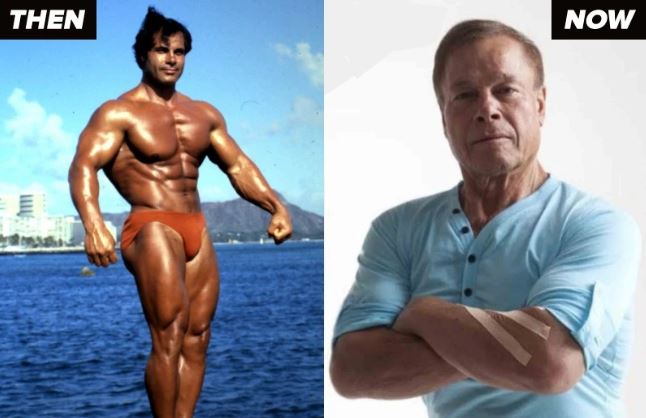 Most of these bodybuilders have been working out for decades and taking steroids on top of that.

Almost none of them experienced hair loss in their 20´s or 30´s. First signs of hair loss can be observed in their late 30´s and 40´s.

It´s known for example, that by the age of 35 two thirds of American men have some degree of male pattern hair loss.

By the age of 50, around 85% of men have significantly thinner hair in general.

Were the Bodybuilders from the Golden Era on any anti-hair loss preventative treatment?

I doubt that. In  the 70´s and 80´s there was no Minoxidil, Finasteride, PRP, RU58841, different topical formulations of Dutasteride or Finasteride, no hair fibers.

Once a bodybuilder has started noticing hair loss back in the days, it was almost impossible to stop or reverse it as nowadays.

Hair transplants were already common but they were too obvious because of the old school plugs.

If somebody would have gotten a hairline transplant back in the days, it would have been pretty obvious.

Injecting 1000 mg of Testosterone per week since the late 20´s and still no visible hair loss until the early-mid 40´s?

In the video below Dorian Yates reveals his steroid cycle he was on during his peak career. If you start watching the video from the 7th minute on you can hear him mentioning 1000 mg Testosterone per week.

If we assume that some of his Testosterone converts to DHT in the same ration as by a non-enhanced athlete (5% – 7% of T converts to DHT), we´ll find out that his plasma DHT levels had to be really high back than.

So had to be plasma DHT levels of other bodybuilders (mentioned before) who were also injecting Testosterone.

How come they haven´ experienced any noticeable hair loss until they were in their 40´s and 50´s?

These bodybuilders are living examples of the importance of genetic predisposition to MPHL.

It becomes obvious, that despite lifting heavy and  taking anabolic steroids which increase your T and DHT levels, you still may not experience hair loss.

Why? Because you are either not susceptible to male pattern hair loss at all, or you are susceptible but the level of your hair follicle tolerance to DHT is very high.

Can supplements like Creatine and Whey Protein cause Hair Loss?

No. Not creatine, no protein shakes and no pre-workouts have a thing to do with the typical male pattern hair loss 95% of the time.

Temporary hair shedding can be experienced be over-consumption of low-quality supplements in rare cases.

This study showed 56% increase in plasma DHT levels by 20 college-aged rugby players. They were put on 25g of Creatine per day for 7 days followed by 2 more weeks of 5 g Creatine per day. Their Testosterone levels remained unchanged. Unfortunately, no information about hair loss was given in this study since it wasn´t any hair loss – related study.

Conclusion: Hair Loss and Working Out

If you are a natural bodybuilder, you produce around 5-6 mg Testosterone per day (on average) which corresponds with the 300-1000 ng/dl T range in healthy males.

Even if you could somehow manage to double your T naturally and thus also DHT production (theoretically) .

It still wouldn´t automatically mean hair loss – just because of elevated T and DHT levels as many people may thing.

Yes, you can keep working out even if you are already experiencing hair loss.

Once you know you are the type of guy who is susceptible to some type of pattern hair loss.

You should avoid using steroids without a proper anti hair loss management protocol.

Although increased T levels and this elevated DHT formation as a result of steroid use may not necessarily lead to hair loss, they may – specially by individuals susceptible to hair loss.

The best way you can find out how sensitive your hair is to DHT is by observation.

The androgen sensitivity threshold can be different by every guy who has the predisposition for it in the first place.

Some guys will be able to completely tolerate 20-30% increase in their DHT production as a result of working out or even taking T, while other guys won´t even have to work out and lose their hair anyways.