Matthew McConaughey Hair Transplant or Not?

Matthew McConaughey is another celebrity from the Celebrity Hair Transplant section on this site!

Before His Hair Transformation

Hair Situation in his early 30´ 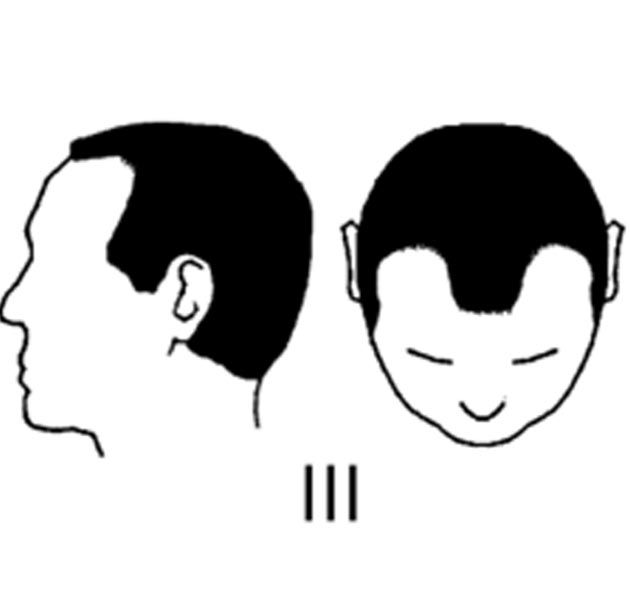 Hair Transplant or a Wig?

Why no Hair Transplant for McConaughey?

On the photos below we can notice a huge difference in the hairline shape and density between 2014 and 2015.

Assuming Matthew had a hair transplant until 2014, why would his hairline look soo receded just 1 year later? Did his transplanted hair fall out out of the sudden?

It’s very unlikely. Although transplanted hair can become thinner with time (if patients are not on medication e.g Finasteride), it can never fall out completely. Especially not in a matter of 1 year from looking amazing in 2014 to completely receded in 2015.

In 2015 things start looking pretty inconsistent with Matthew’s hairline and we can spot him on multiple different photos with similar type of hair loss pattern.

Out of the sudden, it seems like his NW1 hairline from 2003 -2014 doesn’t seem to be the same and we keep getting more and more confirmations as to why he could be actually wearing a hair system/wig during his movies, red carpet appearances and TV interviews.

By zooming in onto the photos below (taken in 2015) we can see an obvious hair loss recession on his both corners as well as diffuse thinning in the mid-scalp section.

If he had a hair transplant back in 2003 on his receding corners we shouldn’t be able to see them receded in 2015.

Although further hair loss on his mid-scalp would be acceptable and could be explained as progressive hair loss with his age, the corners should look much more denser (assuming he has done a hair transplant in 2003).

Way more likely than a hair transplant, the photos and video footage from 2015 suggest that he is in fact wearing a (partial) hair system, which we can see in all of his movies, interviews, TV appearances and red carpet events.

When his hair is buzzed, it’s obvious that the frontal hairline is lacking the density (especially on the corners).

The diffuse thinning on his mid-scalp can rarely be seen in his movies. It’s simply because he is covering it with a partial hair system/wig.

It’s not 100% sure whether he is using a partial wig or a full head wig for the entire top of his scalp. It’s likely that he has both types of wigs.

Can wigs look so natural as McConaughey hairline does?

Let’s compare a few hair system types to Matthew’s hairline between 2003 and 2020 and see if it would be possible to make it look so natural also with a hair system or a partial wig.

The wig examples come from hairsay514 who is a talented wig maker from Canada.

Many people think, that McConaughey had a hair transplant 100% but as you have seen, even hair systems (partial or entire ones) can look pretty undetectable on the hairline.

Even if the hair is slicked back and the hairline is exposed completely, it is very hard to tell whether somebody is or isn’t wearing a wig.

Highly customized wigs are even less detectable because of precise measurements and perfect adjustment between the skin-hair contrast.

How could Matt have such a long natural-looking hair in some of his movies like Magic Mike, Surfer Dude or Mud?

By taking a look at the photos below comparing Matt’s blonde hairline vs a hair system we can see that it wouldn’t be totally insane to claim that he actually wore a blonde wig in all of these movies. 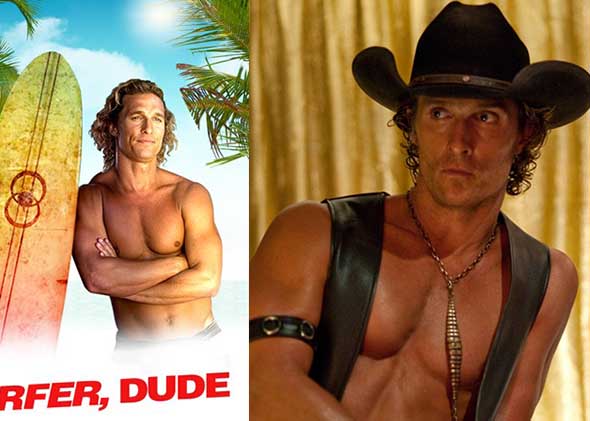 In 2014 we can see Matt with a relatively short haircut compared to previous years and what you can see on the photos below is likely to be a result of his natural hair in combination with a partial wig.

He likely uses it especially for his frontal third, where his original hair is the most receded. 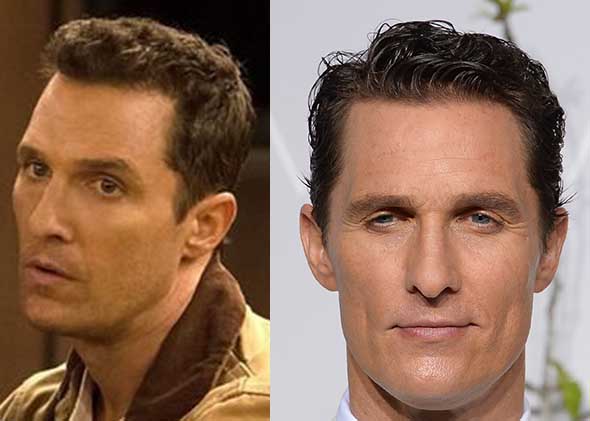 In 2019 Matthew starred in several movies: Beach Bum, The Gentlemen, and The Serenity.

In the movie “Beach Bum” his hair is very long and dyed blond while in the 2 other movies from 2019 his hair is shorter and has a dark brown color.

On top of that, he was spot with this long hair dyed blond nowhere besides the actual movie Beach  Bum.

By looking at his TV appearances from 2019, he was spot having the hair as in the movies “The Gentlemen” or “The Serenity.”

During the same year Matthew has been interviewed by American Masters where his hair thinning pattern from 2015 is obvious again. You can watch it in this YouTube video.

During his movies appearances between 2016 and 2018 though, we see him with much better and denser looking hairlines.

This creates another inconsistency with his hair loss progression and makes us question his hair transplant more and more. 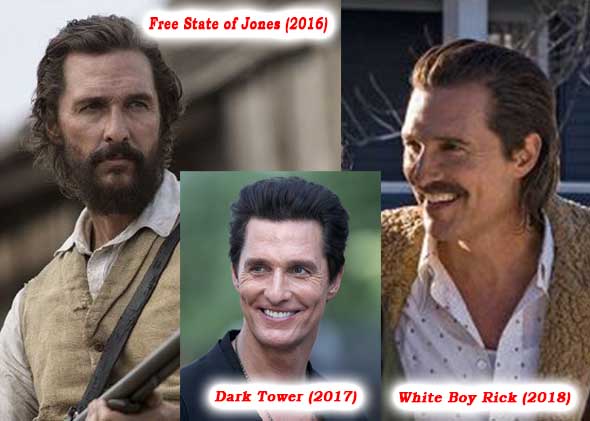 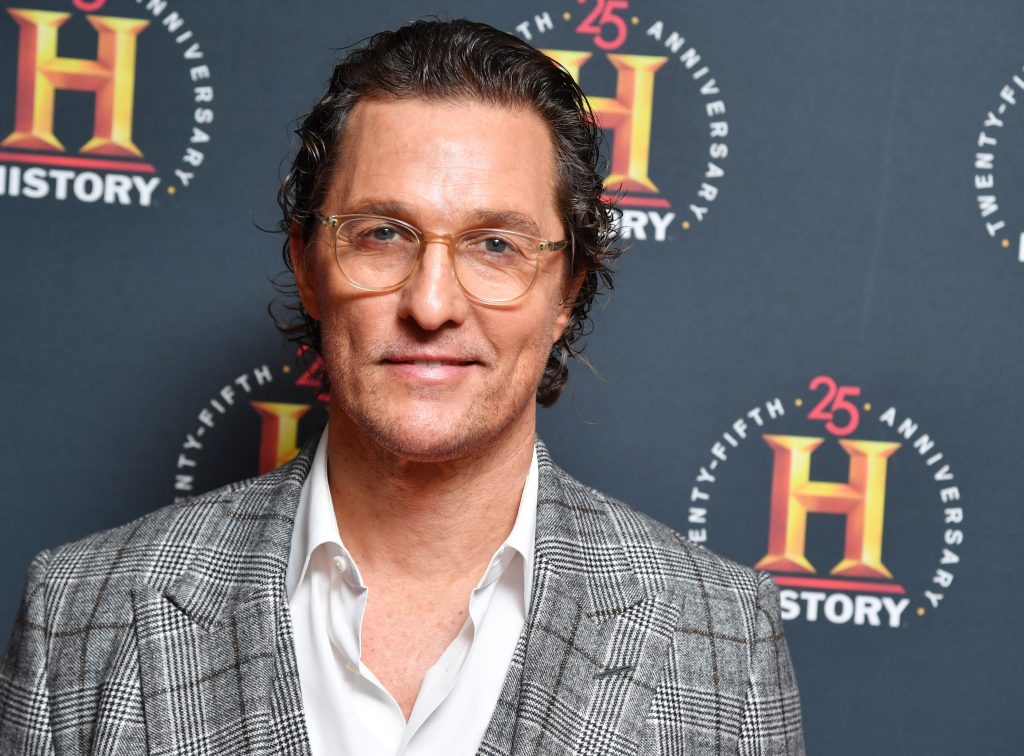 Seeing Matthew with NW1 hairline in 2020 with full hair density on the corners just confirms the wig scenario more than the hair transplant scenario.

Even though he probably didn’t have a major hair transplant, it’s likely he has still been using hair loss treatments for a long time because otherwise his thinning hair in 2017 would look much worse than it used to back in 1999.

Matthew McConaughey is probably the nr.1 celebrity who was able to pull out hair systems in the most natural and undetectable way unlike John Travolta or Jude Law, who used to wear wigs as well but in a more obvious fashion.

Check out the Celebrity Hair Transplant Section on this site for more hair transplant breakdowns!

I Understand That When I Act Now, I get instant access to Hair Transplant Strategy Session, which includes:

* How to Stop My Hair Loss Fast with The Most Effective & Most Side Effect Free Treatments Available Today!

* Analysis: How Many Hairs Will I Need To Have Transplanted?

* Analysis: How Many Hairs Do I Have Available in the Donor Area?

I Also Understand that When

* Get the Bonus eBook “Best Hair Transplant Clinics in 24 Countries”

If hair transplant strategy session doesn’t show me exactly how to get the best result with my hair transplant… if it doesn’t take me by the hand, step-by-step to save me stress, time and money researching best options… or if it fails to help me get my hair loss under control, then I understand that I will receive a full refund, No Questions Asked!

I understand that the regular price for all this is €290…

But, when I act now, as part of a special early year discount, I get everything for only 240€ instead of 290€!